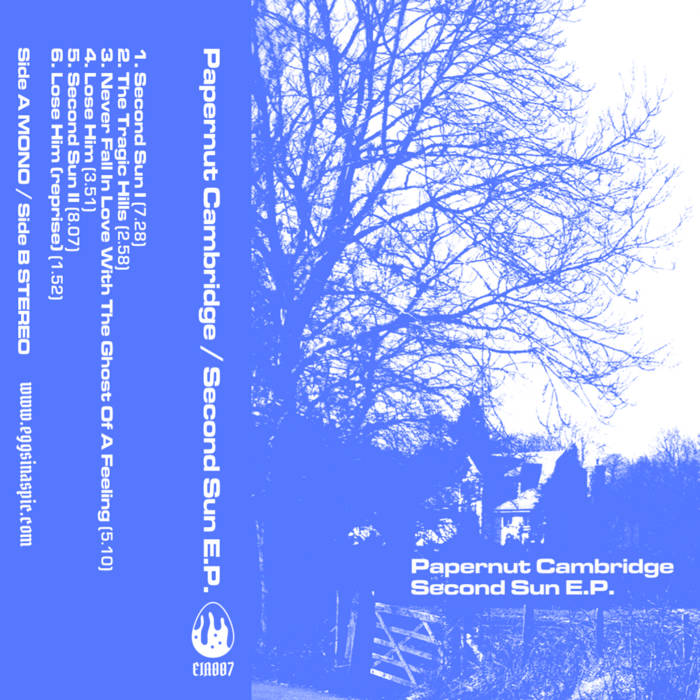 Papernut Cambridge is the Kent/London-based pop collective founded by former Death In Vegas and (even more formerly) Thrashing Doves guitarist Ian Button along with a group of friends and musical associates.

Button has built a quite nuanced mythology and ethos around the project over the course of their album releases since 2013. On the one hand the Papernuts appear to be channelling the songs of an imaginary band from a dream; on the other they are an outlet for Button’s own self confessed nostalgia obsession and quite personal thoughts, insecurities, influences and recollections.

On record they take pastoral psych, 60s/70s pop, indie and Motown influences and weave them into hooky layered pop tunes with smarts and atmospherics. Unashamedly retro, proudly suburban and casually meta about it all, the band’s records have been well received in the press with great reviews and mentions in MOJO, Q, Record Collector, R2, Rough Trade, The Quietus and The Guardian.

The Second Sun EP marks the band’s first collaboration/release outside Gare Du Nord, and features songs especially written for Eggs in Aspic with a cassette only release in mind. There are six brand new tracks in all, stereo versions on one side of the tape, and different mono mixes on the other.